I was going through some old posts the other day, taking an unplanned trip down memory lane, and found an account of an incident I’d completely forgotten about. From those archives, here’s a piece about rebranding that I published elsewhere, back in 2009.

One of those things which continually irks me happened again today. Actually, it happened months ago, but I found out about it today. I dropped in on one of my clients for a quick chit-chat, and she gave me a document that another consultant had done up for her some months back before I started working with her. I quickly scanned the three-page document while we were chatting. (I have to say that billing a client for a three-page meeting summary with no formatting or formally-supported recommendations is bad form; maybe that’s why he didn’t put it on company letterhead.) The document summarized a number of points about her business as she had provided them to the consultant, along with his idea for a change of name, logo, and colours. Then there was a radio ad to kick off the whole list of changes.

I don’t know what this consultant charged to tell her what he did, but I told her –for free– not to talk to him anymore. I think she appreciated that, because he was telling her to change the things she liked about her business and recommended replacing most of what she already had. Naturally, each recommendation carried its own price tag that didn’t seem to factor in or appreciate the size of the business to which he was making the recommendation. The thing that stuck in my craw though was that old branding misunderstanding where the company says they do branding, but really all they want to do is sell more creative services.

The biggest offence this time was telling her to change the name of her business. This isn’t always the wrong thing to do, but in this case, we’re talking about a business that has served its community from the same location for 80 years. And partway through the first get-acquainted meeting, Mr. Consultant was telling the owner to toss 80 years of brand equity in the trash bin and start from scratch. I’ll say it again: you don’t change your company name without a damn good reason. You gain brand equity just by having your name out there year after year, and this is part of the goodwill value of the business which is bought and sold. This is the brand equity that the business owner purchased and paid for when she bought the business, Mr. Consultant wanted her to pitch those dollars in the trash as well.

There is something called a sunk cost fallacy to be cautious about, but the fact that it’s been paid for isn’t really the point here. The point is that without a complete set of facts and alternative approaches, this level of change was just a wrong-headed notion that’s really tough to undo. It’s branding malpractice, that’s is what it is. (Maybe there needs to be a Mike Holmes for branding consultants: someone who steps in and “makes right” whatever bad advice other consultants have given to small businesses.)

When I got home, I went and looked at the website for the consulting firm. Call me snarky, but their logo reminded me of a swirling toilet bowl. At least they got that one right.

Yes, I can deal in snark. The thing is that when I discovered this old post the other day, I could clearly remember who the client was, but I couldn’t remember who the consulting firm was. Maybe they’ve since gone out of business, or maybe they just rebranded, I don’t know. I do know that although I haven’t worked with her in some time now, the client is still running her boutique business with the same name, from the same location (that’s more than 92 years now, if you’re counting). It’s got a new logo, but a trained eye can recognize that it’s a couple of evoloutions along from the 2009 version and retains the personality she exhibits in the business. It’s the right approach.

The point of all that is simply to say that at Modern Earth, we won’t sell you any kind of standard “rebranding package.” We don’t have one. Refresh your logo? You bet. Design one from scratch? Of course we’ll do that (honestly, it’s fun work to create and launch a brand, and we love it). But if you’ve already got a brand, we’ll talk about the brand you have first and foremost. There are times when a rebrand is appropriate, but you want to determine it’s the best course of action before taking that particular plunge. It’s never something we take lightly, and we would consider recommending it just to sell more creative services to be unethical.

It turns out that I’ve developed some strong opinions about branding over the years, and I still get irked when I see branding misdirection like what I’ve described in this vignette. And I’d love to talk about building your brand.

Printed on October 7, 2022 from modernearth.net/2021/calling-out-branding-malpractice/
Branding 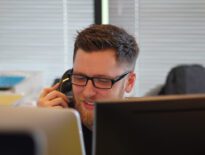 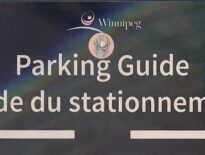